The German Historical Museum welcomes Martin-Gropius-Bau visitors on a trip through five centuries and across four continents. As the first exhibition marking the Reformation’s 500th anniversary, "The Luther Effect" shows the diversity and history, as well as the conflict potentials of Protestantism in the world. What impact has Protestantism had on other denominations and religions? How did Protestantism change through these encounters – and not least: How have people of different cultures adopted, shaped, and lived Protestant doctrine? Starting with Reformations in the 16th century, the exhibition highlights a global history of effect and counter-effect as seen in the examples of Sweden, the United States, South Korea, and Tanzania.

An impressive display of around 500 original exhibits in an exhibition space measuring some 3,000 square meters (32,000 square feet) in size, the exhibition includes exceptional artworks and compelling, meaningful everyday objects from the era. Many of these extraordinary exhibits are being shown in Germany for the first time to mark the occasion of the 500th anniversary of the Reformation. Modern media is used to give background information, enriching the exhibition. 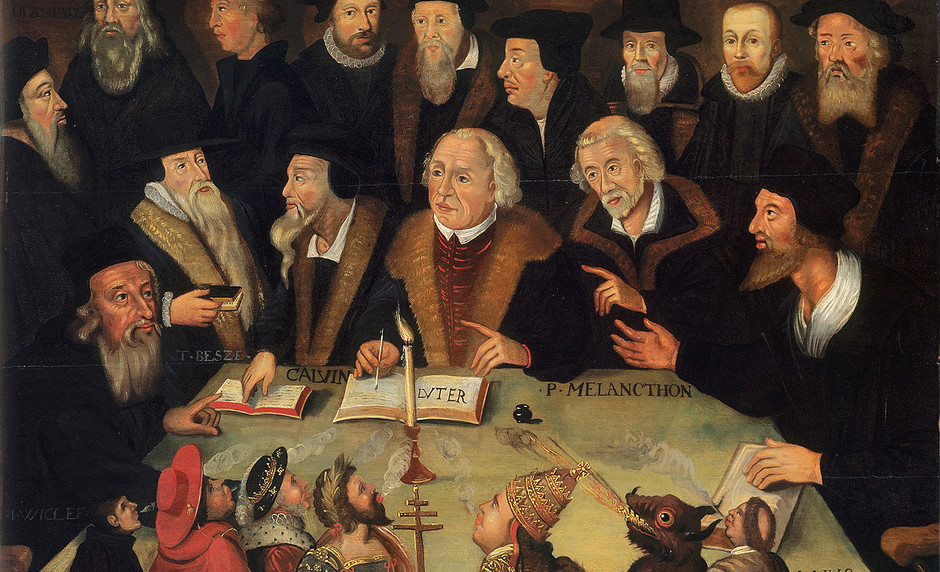 Martin Luther in the Circle of Reformers, 1625/1650
© Deutsches Historisches Museum 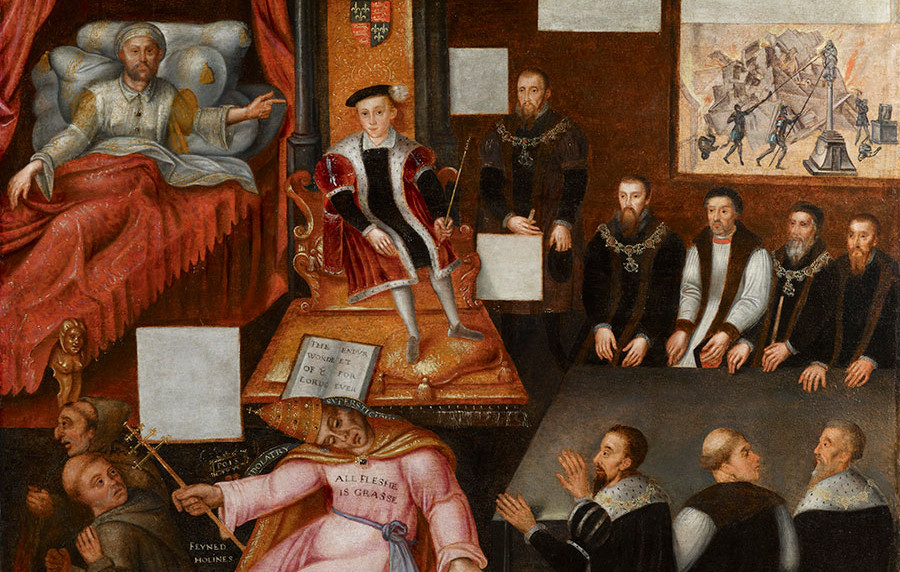 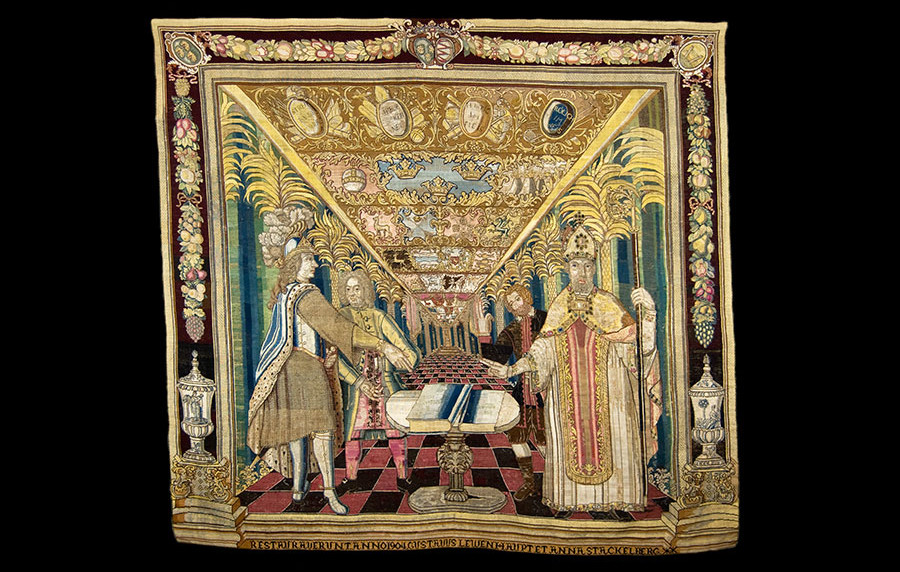 Maria Aurora and Amélie Wilhelmine von Königsmarck, swearing-in of the representatives of the estates on the Bible and the Swedish Book of Law, around 1690
© Östergötlands Museum, Linköping 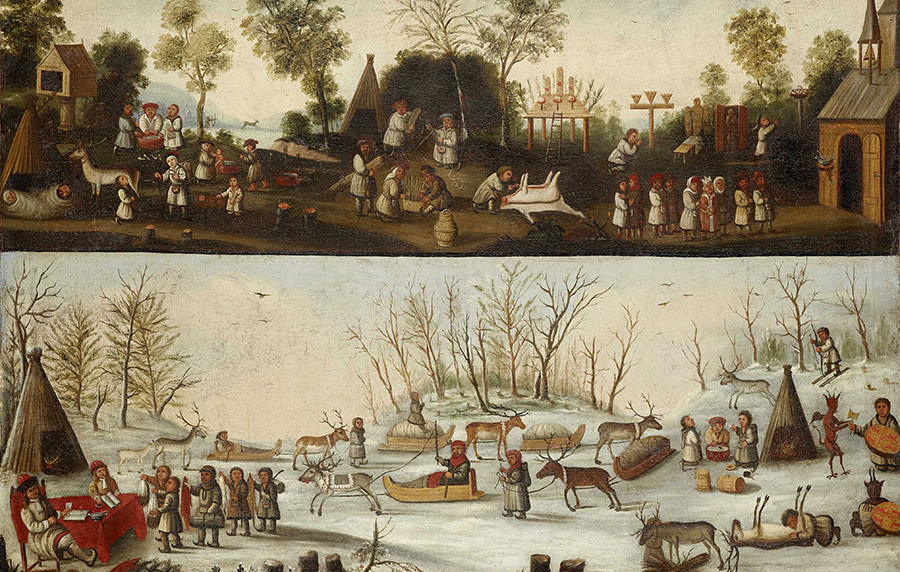 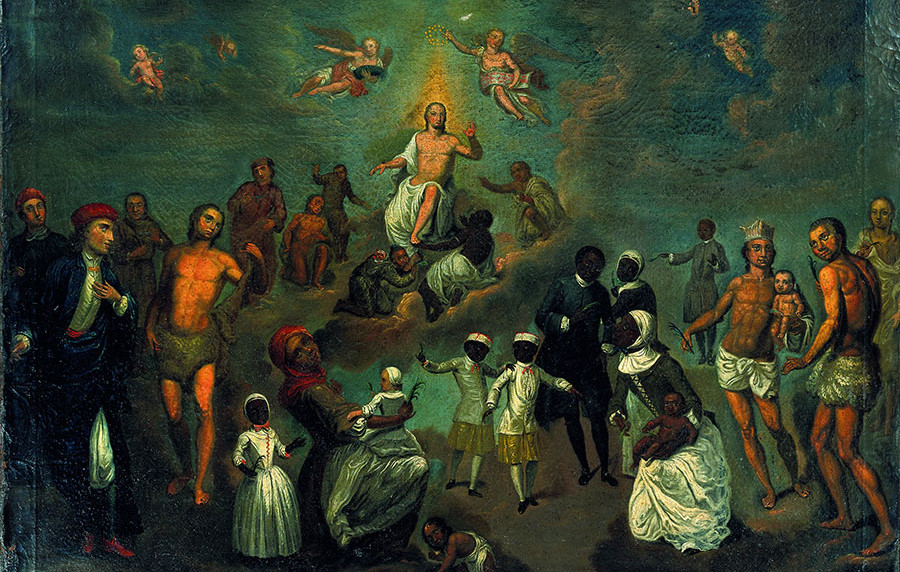 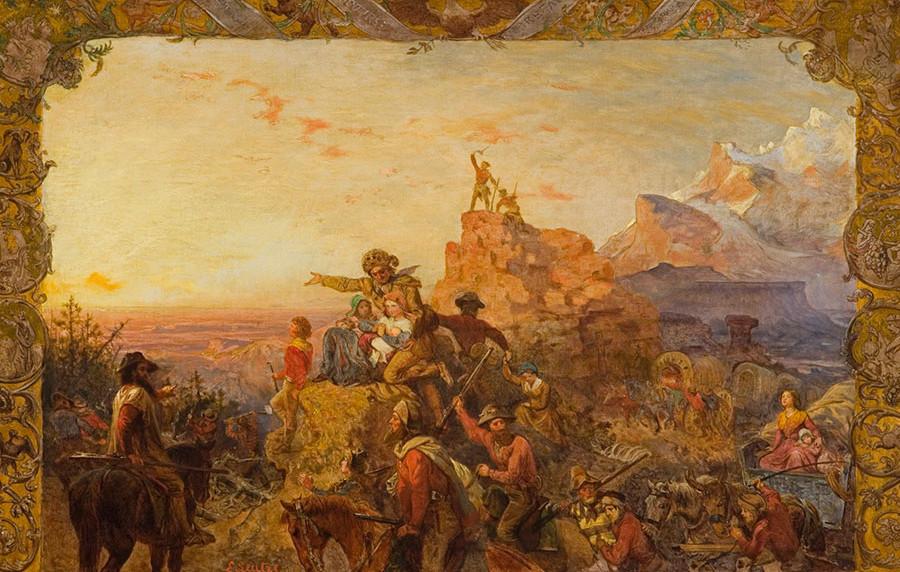 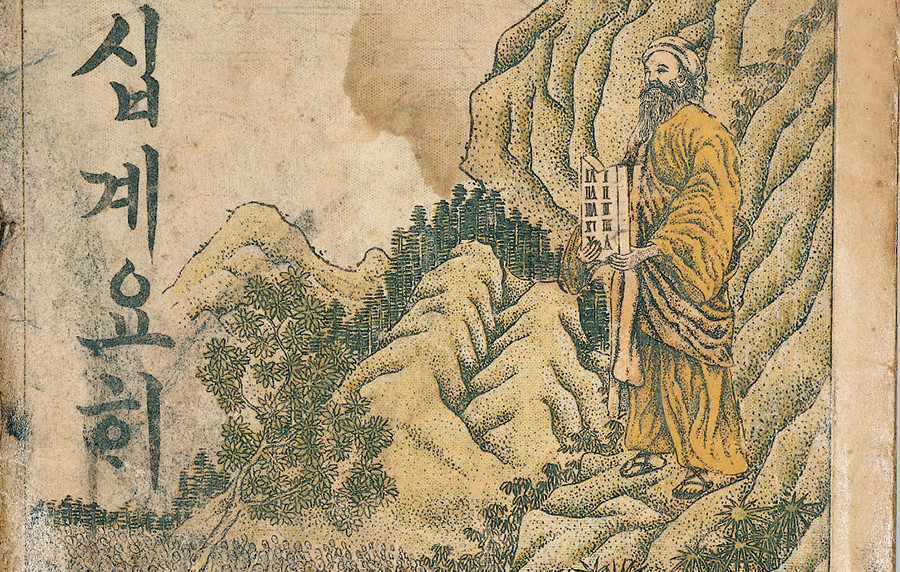 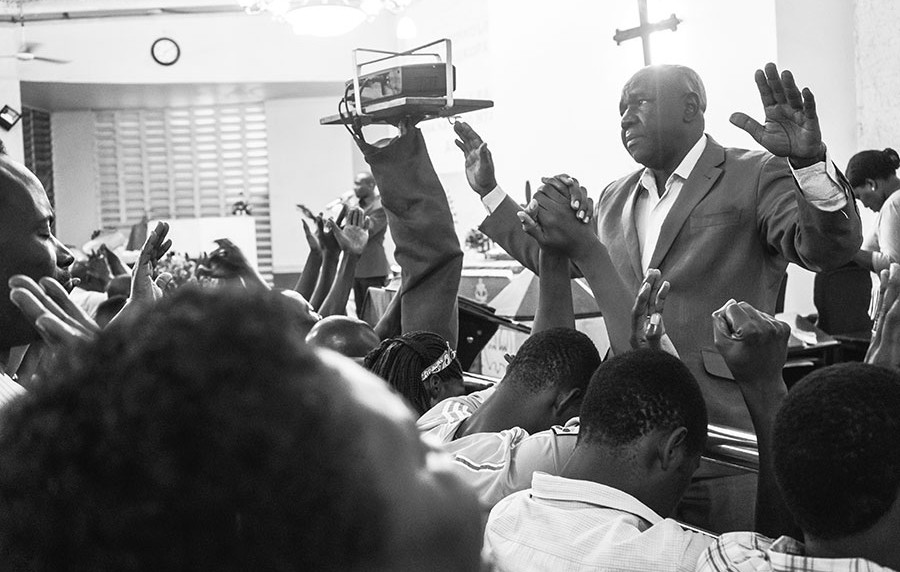 The Reformation was a European event. Since the 16th century, various paths of reform had been leading to a renewal of the Church and life in general. Martin Luther’s Reformation was one of these. However, from a global perspective, other paths such as the Reformed Church or the Anglican Church in England were more influential. The Catholic Church also underwent a process of reform.

Undisputed beliefs and centuries-old practices were now called into question. Soon proponents and opponents of reform were fighting not only against each another, but also amongst themselves. The more radical movements like the Anabaptists were persecuted and marginalised not only by Catholics, but by Lutherans and the Reformed as well.

The competition forced Luther, the Reformed, Anabaptists, Anglicans and Catholics to clarify their own positions and to set themselves apart from others. The different reform paths developed into denominations that continue to evolve dynamically to this day.

One Land, One Religion – Sweden as a Lutheran Great Power

King Gustav Vasa of Sweden, influenced by the Lutheran Reformation, broke with the Pope in Rome in 1527. This contributed to the spread of various reformist ideas in the Swedish Empire. But it was the Synod and the Parliament of Uppsala in 1593 that first established the Lutheran Church as the binding confession of Sweden. This subsequently resulted in the development of a Lutheran State Church and a confessionally unified state in Sweden.

The Swedish State Church brought the evolution of a new religious culture. The community that emerged saw itself as the protective power of Lutheranism. The Swedish rulers and their armies fought on Europe’s battlefields for Sweden’s great power status and Luther’s doctrines. At home in Sweden, the State Church became increasingly restrictive. Church discipline, and the conversion of the Sámi who lived in the north of the country, were intended to consolidate the Lutheran faith and foster a common identity.

Protestantism was brought to the British colonies of North America, later the United States, through the immigration of various groups, churches and confessions, which accounts for the diversity of American Protestantism. A state church does not exist in the United States; instead, there is a vast landscape of independent churches.

Protestantism in the USA developed its unique profile under the influence of charismatic revivalist preachers beginning in the 18th century. This gave rise to new confessions and numerous social reform movements. The so-called Black Churches of African Americans also emerged in the course of this development.

Protestantism contributed significantly to the creation of the American nation and the formation of its self-understanding. It shaped the notion of America as the Promised Land, and of Americans as the Chosen People. These concepts gave rise to ideas that continue to influence American society to the present day.

In the Republic of Korea (South Korea), numerous religions lead a relatively peaceful coexistence. Almost 30 percent of South Koreans consider themselves Christian, and slightly fewer than two-thirds of them are Protestant. This makes South Korea the only East Asian country where a significant proportion of the population is Protestant.

Protestant missionaries could not settle permanently in Korea until the mid-1880s. At this time, the first Protestant communities, founded by Korean laypeople, already existed. Using the Korean alphabetic script Han’gul to translate the Bible proved to be an important instrument for the missions. After the division of the land and the Korean War 1950–53, most Christians fled the Democratic People’s Republic of Korea (North Korea) to the South. Since the 1960s, South Korea has developed rapidly into an industrialised state. At the same time, the religious landscape has changed drastically: in 1950, three percent of South Koreans were Protestant, and by 1995 the number had already risen to around 20 percent. The relation to North Korea, including the possible reunification of the country, is a key issue in South Korea, and for the Protestant churches as well. On such questions the churches take very diverse positions.

The country of Tanzania has been shaped by migration and by the more than 130 ethnic groups who coexist there in a largely peaceful atmosphere. Among the many forms of Tanzanian Protestantism, the Evangelical Lutheran Church in Tanzania (ELCT) plays a major role.

With more than 6 million members in 24 dioceses, the ELCT is now the largest Lutheran Church in Africa and the second largest in the world. It traces its origins back to German, Scandinavian and American missionary societies that were active in the region which had become the colony known as German East Africa (then encompassing today’s Tanzania, Burundi, Rwanda and part of Mozambique). In addition, the Moravian Brethren, the Anglican Church and charismatic movements were instrumental in the spread of Protestant faith communities. A variety of Protestant churches rapidly developed, driven forward by devout Tanzanians. From the outset, the missions aimed to establish financially independent churches and parishes.

Today, their influence extends beyond Tanzania’s borders. Missionaries from Tanzania work throughout the continent. With a heedful view of the European churches, they see themselves as preserving the original Lutheran ideals.

Exclusively for the exhibition, the Berlin artist Hans Peter Kuhn transforms the atrium of the Martin-Gropius-Bau into a gigantic artwork out of aluminium tubing, light and sound. The installation “TRANSITION” approaches the worldwide effects of the Reformation from an artistic perspective and makes the processes of the transformation of the relationship of Man to God and the schism of the Church doctrines triggered by the Reformation palpable and perceptible.