Wittenberg saw the birth of the Reformation - where else could you be closer to Martin Luther?

Once again, the world's eyes have turned to the little town on the Elbe as we celebrate the anniversary of the Reformation in 2017. In September 1508, Augustinian monk Martin Luther made his first trip to Wittenberg - the university town that would become the most important center of his activities for the next 35 years. It is here that he lectured to students from all over Europe, here that he wrote the texts that changed the world. Above all, it is the place where Martin Luther posted his world famous theses, catalyzing the Reformation. 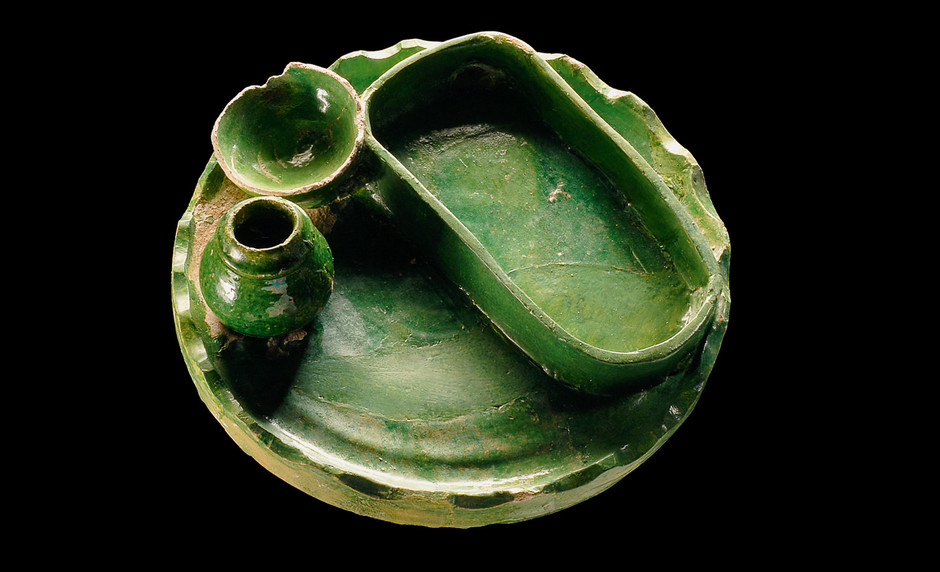 Writing set from the Luther House in Wittenberg, first half of the 16th century
State Office for Heritage Management and Archaeology of Saxony-Anhalt, photo: Juraj Lipták

Golden ring at the Luther House in Wittenberg, first half of the 16th century
State Office for Heritage Management and Archaeology of Saxony-Anhalt, photo: Juraj Lipták 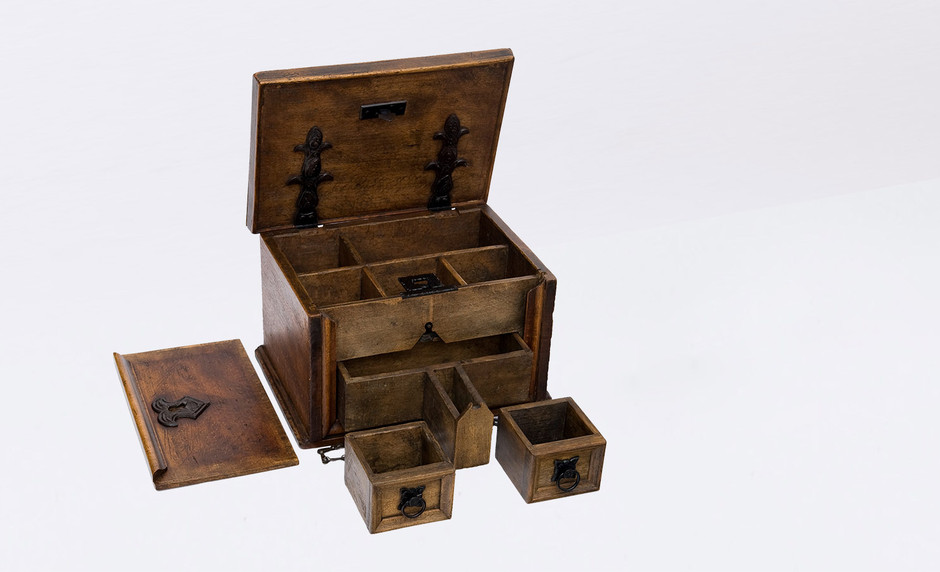 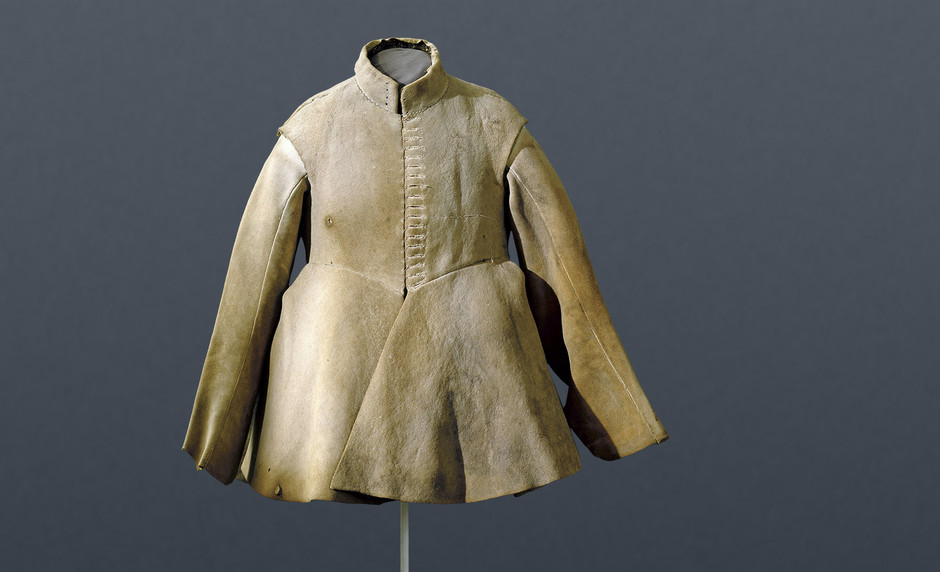 Coat made from moose leather of Gustav II. Adolf, first half of the 17th century
The Royal Armoury, Stockholm 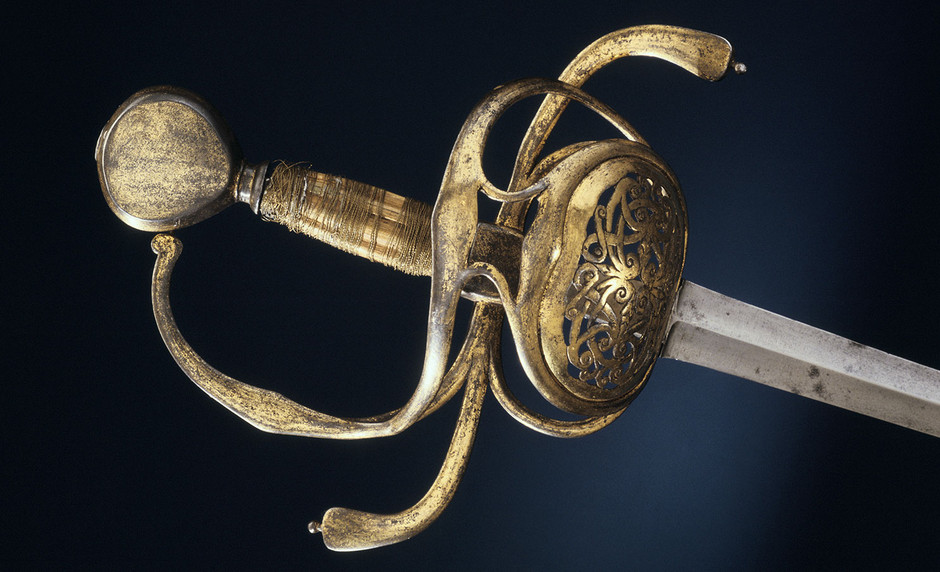 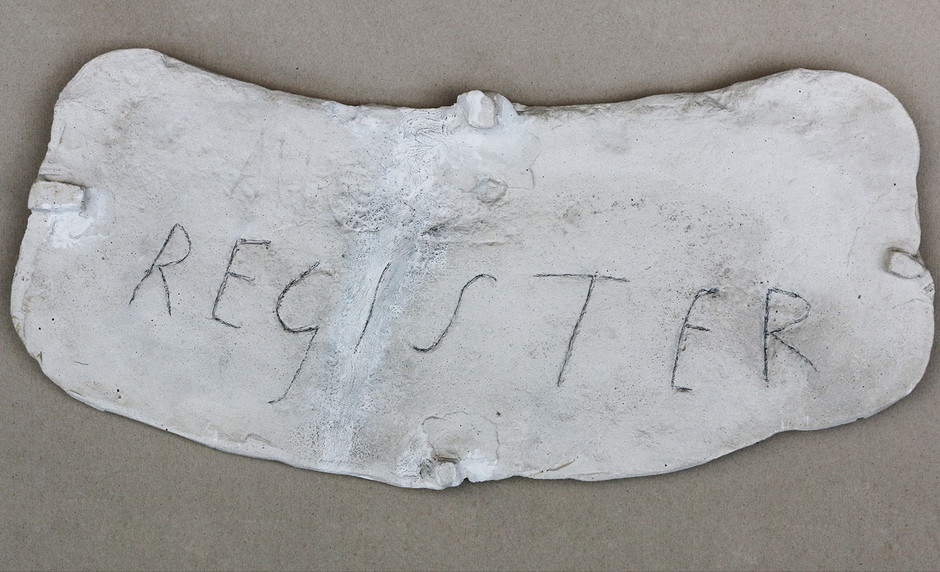 Where it all began

The Luther House was the place where the Reformer lived and worked for over 35 years. The house with the Luther Room, the authentic site of Luther’s table discussions, is now the largest Reformation history museum in the world. The front building of the Luther House, the Collegium Augusteum, is one of the best-preserved 16th century university buildings in Germany and serves as venue for the National Special Exhibition “Luther! 95 Treasures – 95 People” in 2017. The Augusteum’s 1,200 square meters (13,000 square feet) of floor space – including the impressive library and Ducal Hall – presents some of Luther’s personal belongings as well as authentic objects from the Reformation and its history.

95 Treasures:  In the footsteps of a courageous individual

The first part of the exhibition focuses on the main event commemorated by this anniversary: Luther’s posting of his theses on October 31, 1517. The exhibition traces young Luther’s steps to his Reformation breakthrough, drawing attention to the historical and personal moments that paved the way for this profoundly historical intervention. People in almost every era have put their own special twist on the Martin Luther legend, regarded him as a pioneer of their respective present, and projected their own ideas onto him. Still, we come closer to Luther if we look at the history from the perspective of its roots rather than its consequences – gradually peeling back the layers toward a better understanding of the man, his work, and its effect on the world. What influences and circumstances made him the person who published theses decrying the Sale of Indulgences, thereby setting the entire Reformation in motion? Where did his prophetic self-confidence come from?

Exhibits include a contemporary poster print of Luther’s Ninety-Five Theses and the handwritten letter Luther wrote to his clergy superior Cardinal Albrecht of Brandenburg on October 31, 1517. These two documents articulating criticism against the Sale of Indulgences heralded the start of the Reformation. Archaeological finds, including lead printing letters from Wittenberg and printed books from Luther’s library, show the importance of the university town Wittenberg as a starting point for a media revolution. Martin Luther’s handwritten will from 1542 gives insight into not only his private surroundings and financial situation, but also his thoroughly justified concern for his family’s economic livelihood after his death. We also see a wooden writing box Luther is said to have carried with him on his final journeys, showing him to be a tireless and prolific writer who constantly put pen to paper, even while traveling. Another highlight is Luther’s personal Bible, which is strewn with handwritten entries and which he worked with at Veste Coburg in 1530. The Bible comes from a private collection and was considered lost for over 300 years.

Luther’s legacy continues to have an effect on people from around the world, regardless of faith or belief. The second part of the National Special Exhibition features 95 individuals with their respective, existential relationships to Martin Luther and his work. Many of Luther’s contemporaries, but also later generations, were positively affected, touched, provoked, or inspired by the reformer and his work. Many have invoked him as a figure: Revolutionaries, Enlightenment thinkers, nationalists, and countless others have explored his work in the realms of literature, music, art, philosophy, and politics. Luther’s personality, life, and work have been a source of excitement and agitation for 500 years; the exhibition introduces personalities from the 16th to the 21st centuries that were influenced by Martin Luther in one way or another – not only from within Germany, but around the world.

But what makes Martin Luther so fascinating? Is it his virtuoso skill with language, as Ricarda Huch believed? His fearless faith, as Kaiser William II claimed? Or is it nothing more than his character, as Goethe mockingly noted? What is certainly exciting about Luther is the fact that, either way, he has interested people for centuries. In the 500 years since his transition into the public eye, he has moved people like no other. Liberals and conservatives, members of the left and right have claimed Luther for their own. Luther’s ethics gave rise to martyrs, but also suppressors. He had opponents and admirers both. The exhibition centers on the diversity, even polarity among the people who invoked Luther at various points in history – from Karl May to Astrid Lindgren, Thomas Mann to Martin Luther King to Edward Snowden and Steve Jobs. He has been attacked and admired. He has inspired and provoked, touched and repelled – the only thing he did not do was leave anyone cold. The exhibition also asks what Luther can still mean to us today. The “95 People” also invite and encourage us to consider the reformer from our own perspective.

“It was the monk!” – The participatory National Special Exhibition

“It was the monk!” takes visitors on an exciting journey through time, to the late medieval Wittenberg of October 31, 1517. Visitors are accompanied by Tölpel, a dog whose name (given by Luther himself) obscures the fact that he is much smarter than people think. The city is small; distances between places are short. Still, a lot happens between the monastery, the market, university, castle church, city gate, and garden. What at first sight looks like a typical day in the Saxon capital – a day in which most people go about their usual business – proves quite different. No matter who or what you are listening to, whether it’s barber Peter Beskendorf chatting with the famous painter Lucas Cranach, the peasants gathered in the market, children roaming in front of the school, the electors passing in a carriage, the postmen cantering by on their horses to deliver messages around the world, or Tölpel himself: Something is definitely stirring.

Visitors learn what this “something” could be at about eight stations that are open to audience participation. Sound, smell, visuals, language, music, and narrative weave specific moments into a multi-faceted, atmospheric, very personal image of the monk Martin Luther and the earth-shattering events of October 31, 1517.

Each of the eight stations encourages visitors to participate in a different way, addressing a range of different age groups and learning types. Depending on your preference, you can stamp and post theses, dress up as an elector, learn about key themes of the Reformation in a lecture hall, ride a postman’s horse toward Magdeburg, or experience Luther’s fears and hopes first hand.