With 350,000 visitors annually, Wartburg Castle in Eisenach is the most frequented Luther site in the world. Its thick walls protected reformer Martin Luther for just under a year after his heresy hearings at the Diet of Worms. Ostracized and excommunicated, it was here that he began translating the New Testament into German. In doing so, he laid foundation for a standardized written German language. 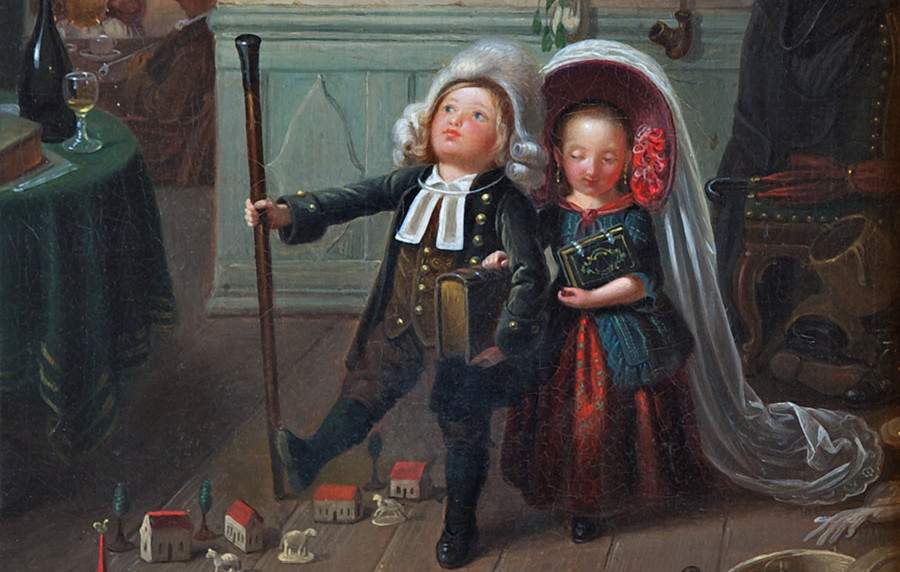 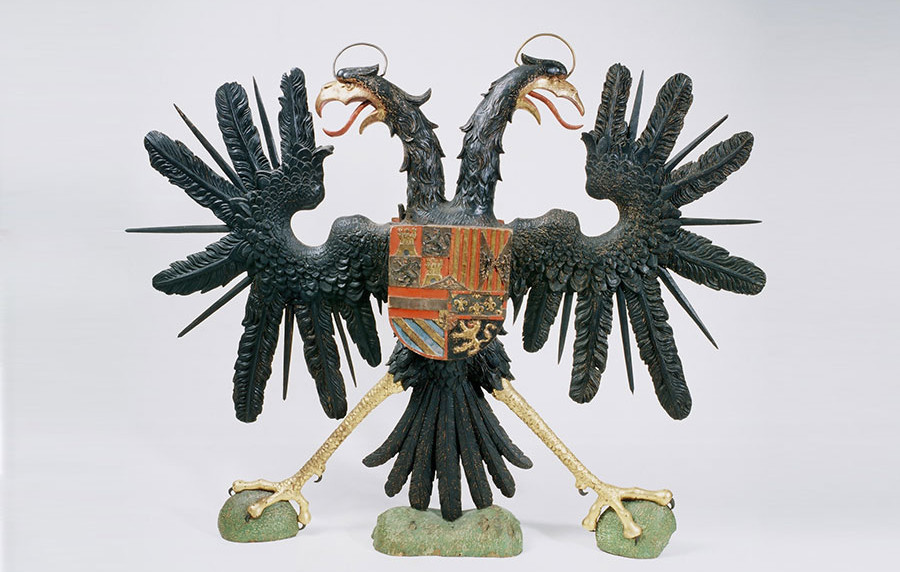 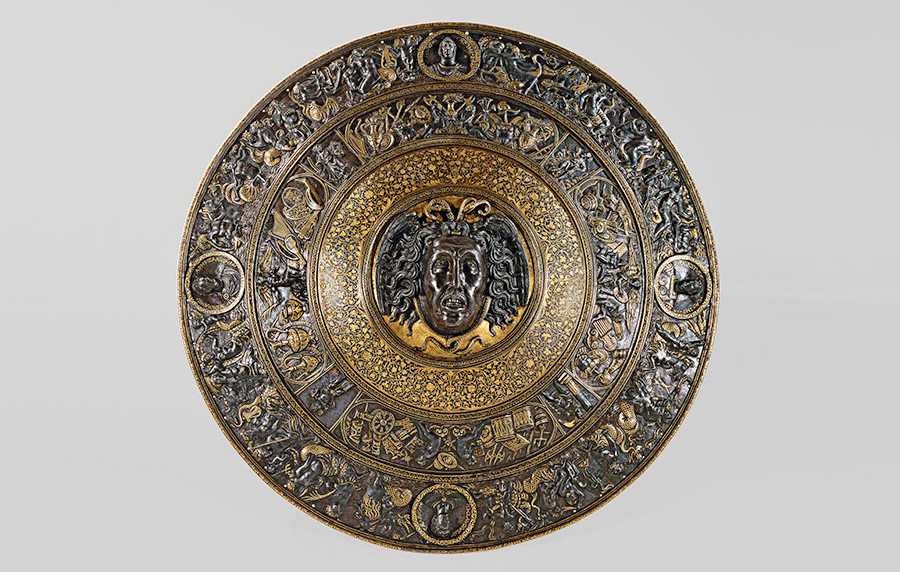 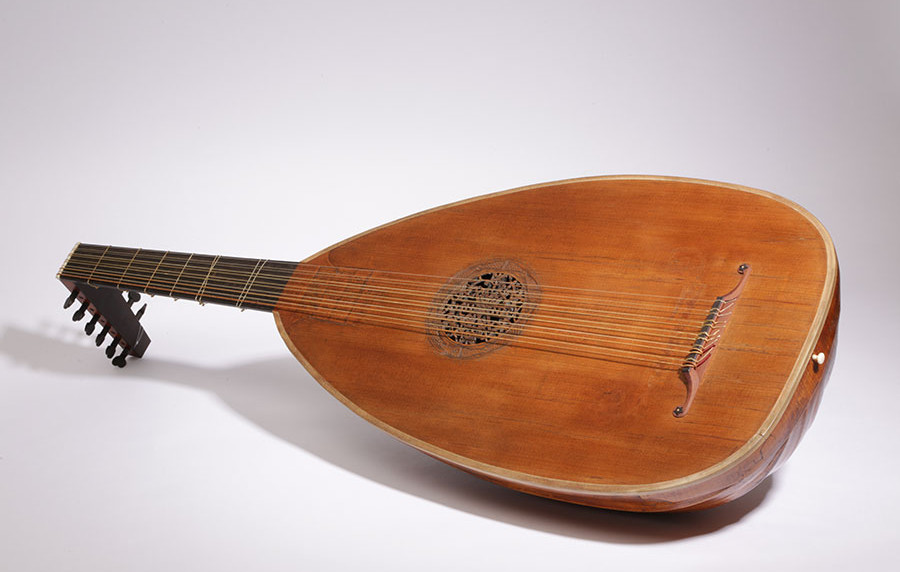 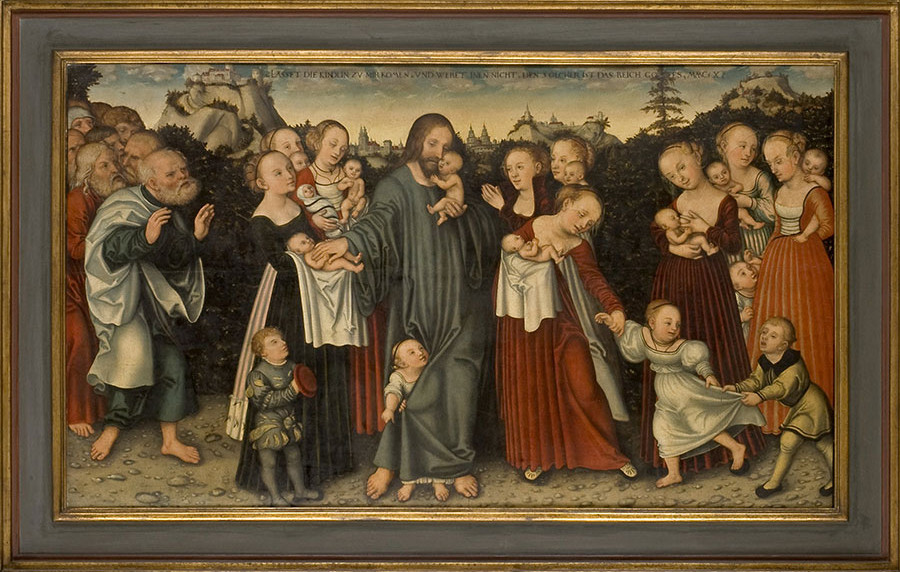 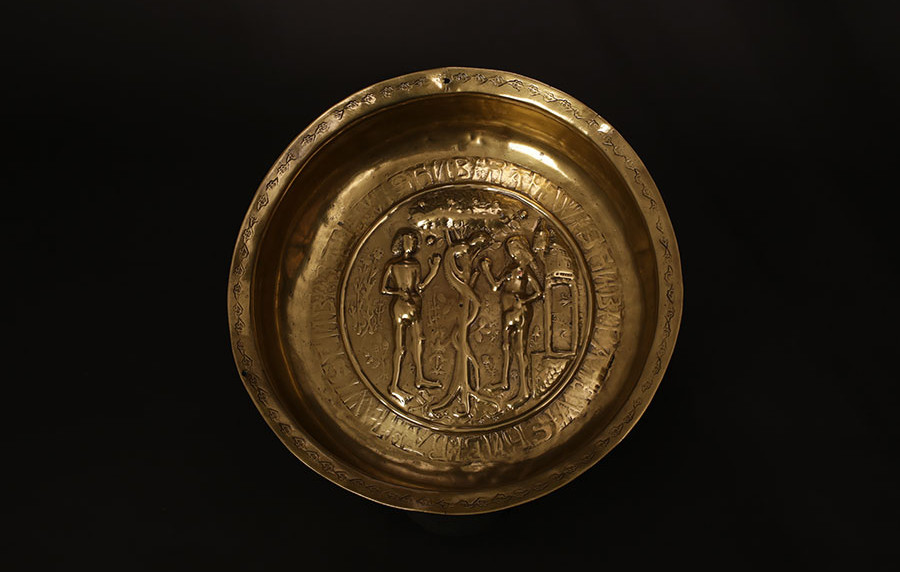 Baptismal bowl with depiction of the Fall, 1st half of the 16th century
Wartburg Foundation Eisenach 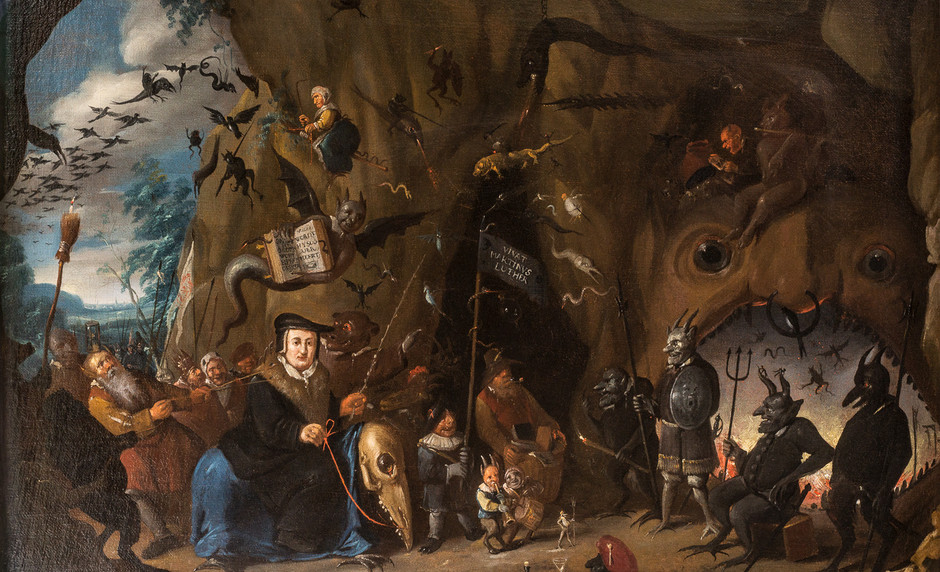 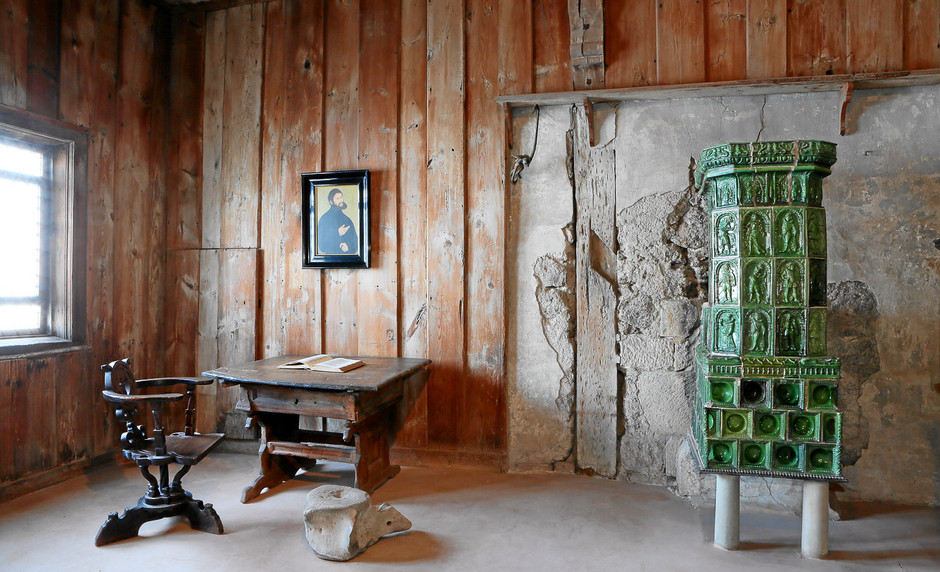 Given its historical significance, what better venue than Wartburg Castle for the National Special Exhibition “Luther and the Germans,” a presentation commemorating the 500-year anniversary of the Reformation in 2017? The exhibition’s subject matter – a symbolic figure of Germanness – is the perfect fit for a historical site sometimes referred to as the “most German” castle (not least on account of its famous resident). This comprehensive exhibition centers around the question of how every era of German history has formed its own unique picture of Luther. Relevant and incisive Reformation topics will be introduced within the context of cultural and political developments, creating a bridge between Luther’s point of view and the present. First-class paintings, important print works and original manuscripts, as well as unique, preserved objects from the period reflect the fundamental changes that have taken place in art, politics, religion and everyday life since the Reformation, and show connections to Luther and often Wartburg Castle itself.

"I am born for my Germans, and it is they that I wish to serve.” – Martin Luther in a letter to humanist Nikolaus Gerbel, November 1521

Over a surface of approximately 200 square meters (2,150 square feet) outdoors and some 1,000 square meters (10,764 square feet) indoors, the National Special Exhibition “Luther and the Germans” presents around 300 impressive exhibits, all from the Wartburg Foundation collection or on loan from other German and international institutions. With its rooms steeped in history, Wartburg Castle is more than a venue – it is an exhibit in its own right.

The art and cultural-historical objects are supplemented with media stations for an interactive experience. Historical replicas of a single-lever printing press – the kind Gutenberg used – as well as the carriage that took Luther to the Wartburg create a sense of atmosphere in the castle courtyards.

The exhibition in the Wartburg’s stately Romanesque palace and in the museum is devoted to three major themes: as the first part focuses on Wartburg as a Luther-related cultural site, the second explores the cultural and intellectual history of Luther's Protestant doctrine, while the third looks at the Reformation’s political instrumentalization. Visitors finish their tour in the famous Lutherstube (Luther Room), the reformer’s authentic authentic living quarters – an atmospheric highlight concluding the presentation.

Highlights of the exhibition include a number of valuable exhibits from five centuries of German cultural history, in conjunction with 16th century paintings and graphic works by artists such as Lucas Cranach the Elder, Lucas Cranach the Younger, and Albrecht Dürer. The presentation also features more modern works from the 19th and 20th centuries, including those by Caspar David Friedrich and Ernst Barlach. Sculptures on view range from heroic, stylized portraits of Luther (including those by Ernst Rietschel and Johann Gottfried Schadow, for example) to subversive pieces from more recent history such as Eberhard Linke’s “Luther’s Remembrance” of Müntzer (1983). The presentation also features important pieces relevant to Germany’s national history, such as a double-headed eagle banner dating from the Holy Roman Empire (1532) and several original documents concerning the Wartburgfest (1817). Here, the magnificent, historic rooms in medieval Wartburg Castle appear in a new light: The romantic frescoes by Moritz von Schwind – impressive depictions of the “Wartburg Castle myth” complete with Sängerkrieg (minstrels’ contest) and the Rosenwunder (Rose Miracle) – have been extensively restored.